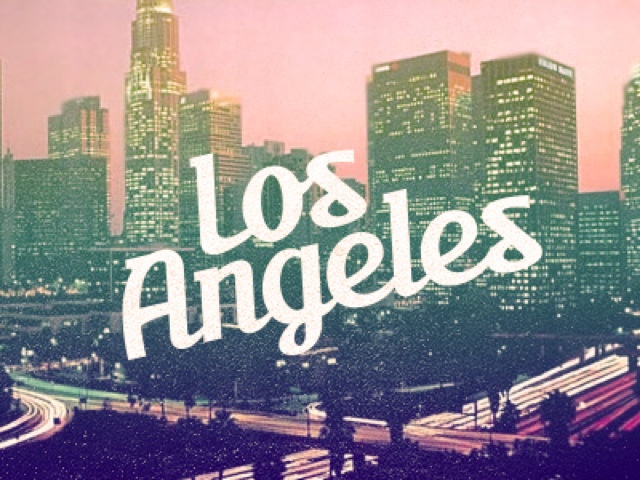 People tend to despise LA, that’s just true. Having lived in both Los Angeles and San Francisco I am very aware of how the rest of California (let alone the rest of the world) feels about this sprawling mire of highways, concrete and palm trees. But to put it bluntly, those people just don’t get it.

Yes, you have to drive; everyone you know has to drive, even to go to the nearest bar you often have to drive. This is the way it is and it’s so part and parcel to LA life that residents don’t even think about it. This culture of automobiles is something that outsiders don’t want to wrap their heads around, from all their navigable cities and shining public transit networks.

Jim Morrison saw the beauty in these endless highways and freeways, the freedom you feel behind the wheel traversing rolling hills on the West’s first freeway, the 110; cruising at night to one or the other far flung neighborhoods, radio blaring, flashing overpasses, intersections and running valets. It’s you and the night and lights and the warm breeze filtering in.

It’s a city of intermittent neon and darkness. A city of night because the highways are long and when the sunset comes and the skyscrapers begin to light up the city comes alive in twisting neon worms of cars full of people from orbiting suburbs within the huge expanse of Los Angeles County. People who have to drive to access it’s golden nightlife, and do so willingly.

Los Angeles will use you up and spit you out in a way that other great cities never could. This gives it a dangerous allure and polarizing vitality that you must surrender yourself too, or you’ve missed the point. Everyone knows looks can be paramount in LA. No matter how well you dress there will be someone who did it better, always. Velvet ropes remind you that you’re outside the network of your social superiors and still you wait because the rewards are intoxicating. It is a place where you can mingle with your idols and even they are so strikingly nonchalant that you feel you belong. This isn’t a support for phoneys and classists; it’s an embrace of the romance that made LA what it is, what it has always been. It is the illusion, for a night, of something greater becoming inexplicably accessible.

And if you choose to bypass all that (and you can, easily) and perhaps join the ranks of the more grungy/lustful “authentic” rocker kid coterie, no one looks as good in leather jackets as the denizens of Sunset Blvd. Music and art have always been vital to the spirit of Los Angeles and no more hopes are pinned on the tides of good fortune than within that counterculture of far-flung émigrés and manic aspirants.

I’m defending my city because the naysayers don’t get it. They’ve never been a part of those neon arteries, they’ve never navigated it’s sinewy corridors in a car that’s like an extension of their own bodies. LA is a flood of asphalt and glass; it had no Haussmann to make it uniformly beautiful as Paris did, it destroys its history in a way that London never would. It’s public transport was eradicated whilst New York’s flourished, and still it remains the beacon in the West, a place where anything feels possible, fortunes are fickle, the drinks are strong, and the people are friendly as hell.